Want us to call you back?

To request a consultation, please complete the form below.

Thank you! We'll get back to you shortly after reviewing your message. For urgent matters, please call us.
Oops! Something went wrong while submitting the form.
Alternatively, call us at (03) 7001 0150.

We've got your back.

We speak your language. Talk to us an receive a free case assessment.

Experienced Lawyer with a demonstrated history of working in the government and private sector. Skilled in Advocacy, Dispute Resolution, Criminal Law, and Legal Document Preparation. Strong legal professional with a LLBLP & BCOM from Flinders University. 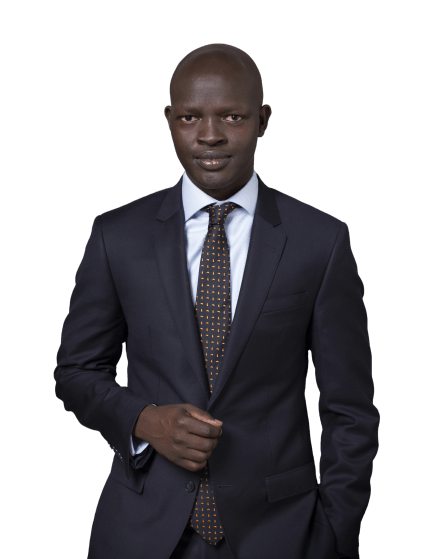 Daniel graduated from Flinders University with a Bachelor of Law and Legal Practice and a Bachelor of Commerce (Finance) in 2015 and was admitted to practice in the Supreme Court of South Australia and the High Court of Australia.

He began working as a lawyer at Thomson Geer in Adelaide before going on to practise in Sydney at Salvos Legal. In 2017, after seeing regular media coverage about African youth crime in Melbourne, Daniel felt a need to relocate to Victoria and position himself as a role model for younger people within his South Sudanese community. He went on to work at a Melbourne Criminal Law Specialist firm, practising in summary and indictable crime.

Daniel has featured in the Herald Sun, the Law Institute of Victoria’s Journal & recently in the Age, sharing his journey from a refugee camp to settling in Australia and becoming an Australian legal practitioner. You can hear more by listening to his recent episode with Greens List where he was interviewed by Michael Green. The William & Lonsdale Podcast ‘Lives in the Law’ is available on our blog.

Before co-founding Ajak Wolan & Associates, Daniel worked at Victoria Legal Aid in the Summary Crime and Youth Crime team where he regularly appeared in the Magistrates’ Court, Children’s Court and the Bail & Remand Court.

Daniel practises in the following areas of law:

Get a free, in-person consultation with one of our expert lawyers.

Get a Free Consultation